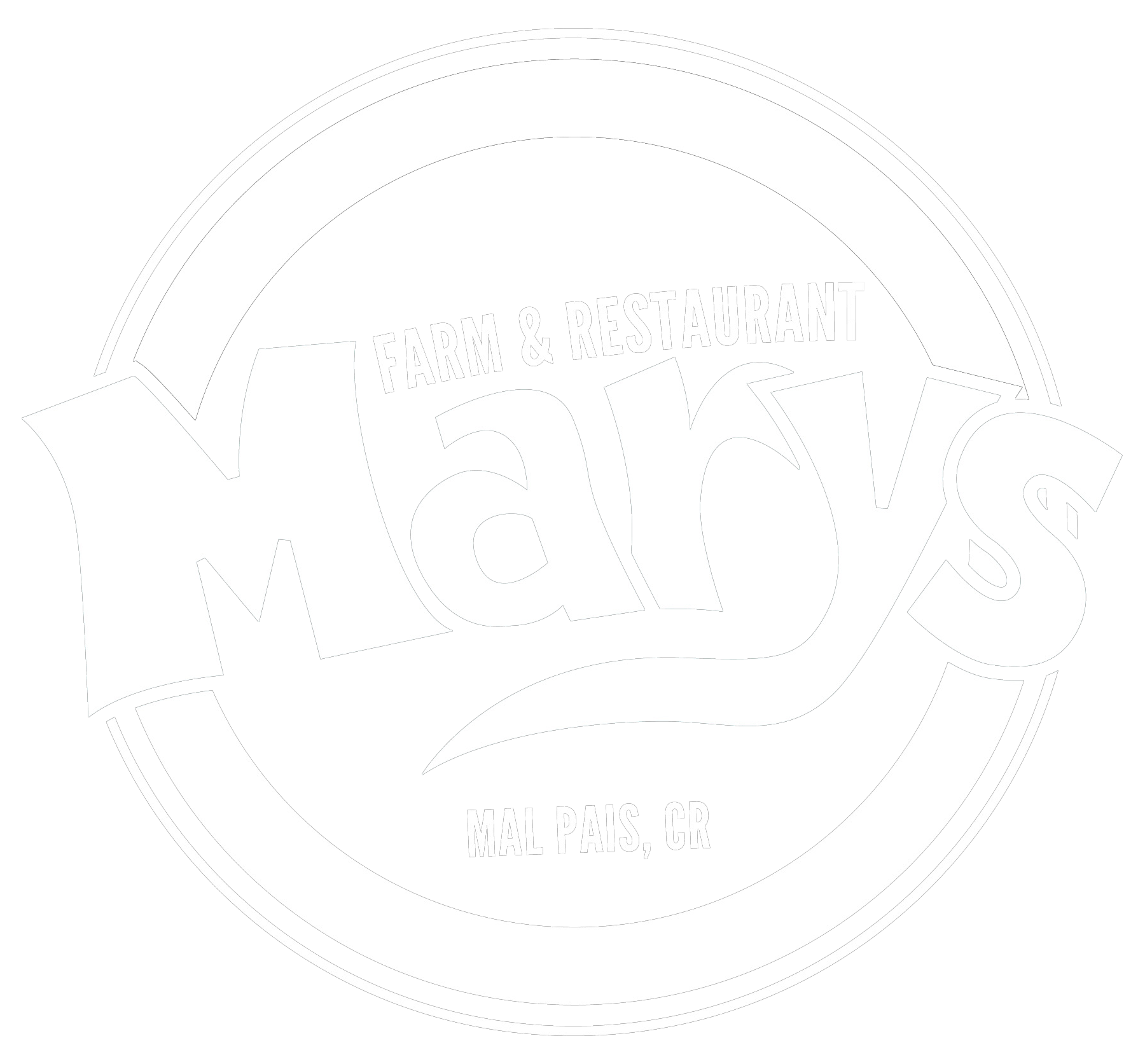 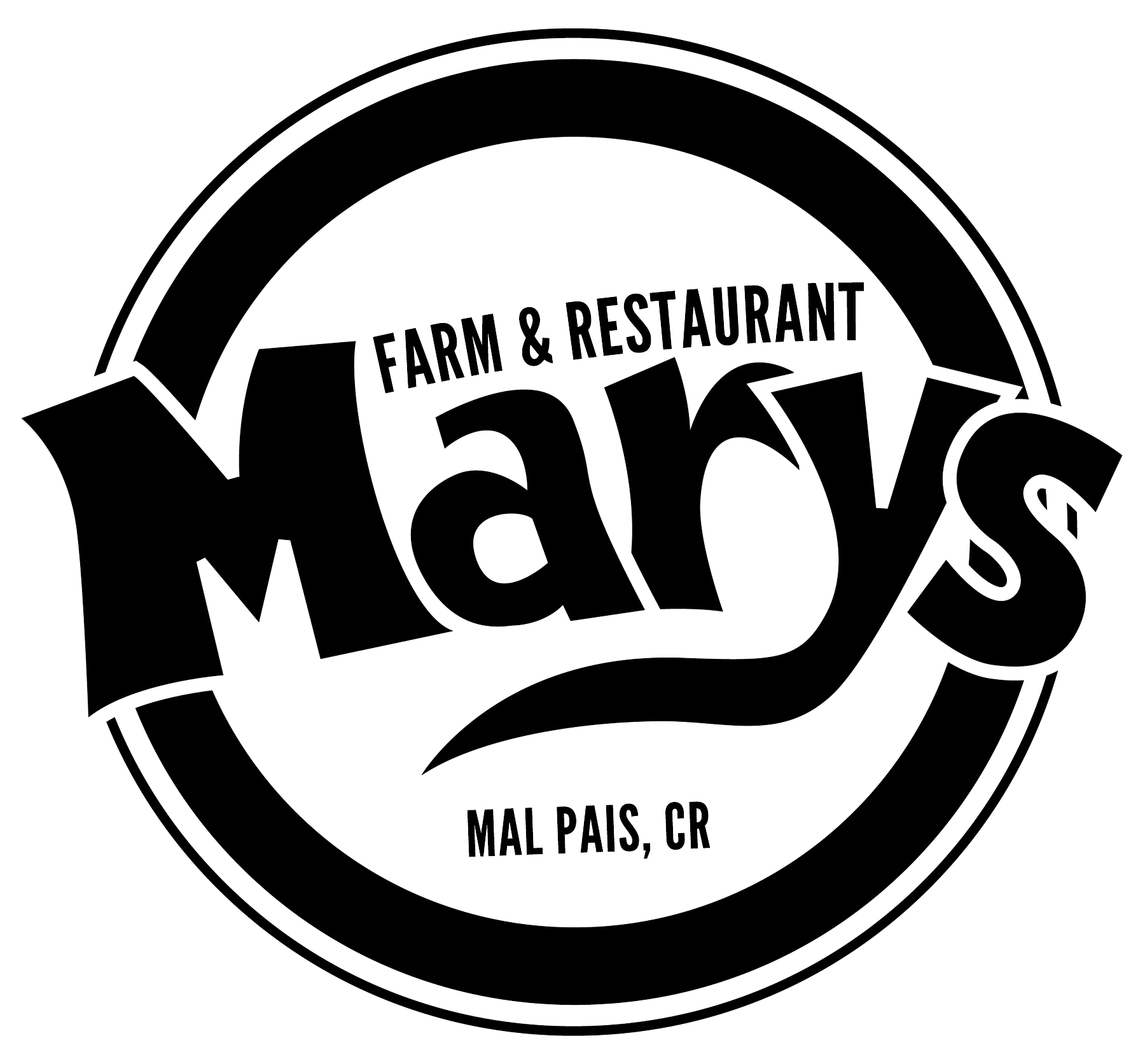 Mary’s Restaurant- The Little Restaurant That Could.

Set in a rugged and beautiful jungle atmosphere we have always tried to live dependent on the surroundings, the changing ebb and flow of the tides, the moods of the fishermen, and the happiness of the chickens.

Mary’s started as a little pulperia in 1996 selling a few odds and ends for the fishermen and Pizza. We always thought that it could turn into something bigger, we had access to the best sea food in the world daily, there were already pigs and chickens, the soil was good, so it was just a matter of time until the area grew enough to accommodate a full blown restaurant that could feed the locals rain or shine.

20 years later we are still here answering that simplest of questions- What’s for dinner? And it seems that answering that question with the freshest and most local ingredients has taken us back in time. Connecting us with the pioneers of Mal Pais, like Mary’s grandparents, who were settlers and farmers. Now our daily menu not only revolves around what the fishermen are pulling in but also what’s growing on the farm in our backyard! Working in a beautifully self sustaining loop of grow and harvest, Mary’s Farm has changed the game, taking fresh and local to a whole new level! So what’s for dinner tonight? Join us and see.. 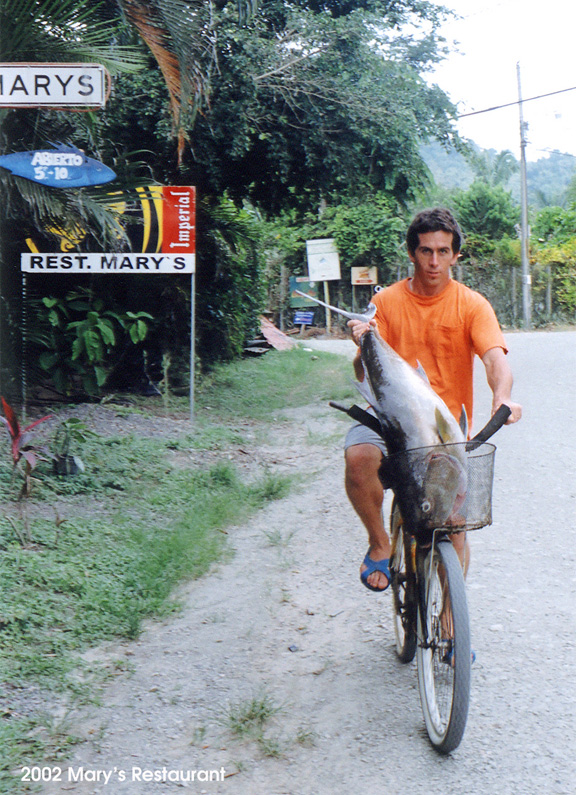 Our menu always features nightly specials based on the moods of the sea and what is in season at the farm.
FULL MENU COMING SOON